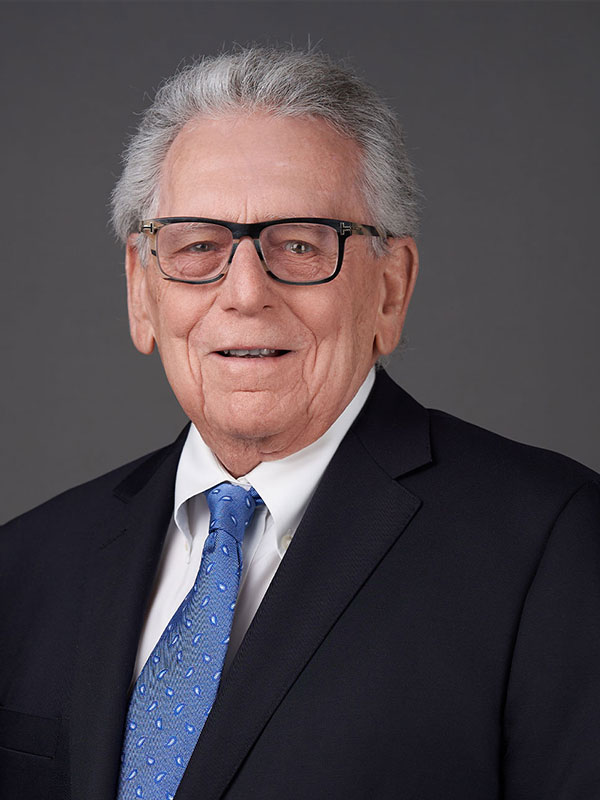 The mediation fee is calculated based on your Mediator’s hourly billing rate as detailed above including any pre-mediation preparation time and post-mediation follow-up time spent on the matter. Note: we do not charge any administrative, scheduling, or rescheduling fees. In exchange we ask that you please respect our time and the cancellation policy below.

If the mediation is canceled or rescheduled less than 72 hours (Monday – Friday) prior to the scheduled session, each party will be billed for their portion of the minimum fee. Note: it is your responsibility to notify us of a schedule change or cancellation; you should not rely on another party to do so. Please keep in mind our cancellation policy is meant to fairly compensate your Mediator for reserving the time scheduled for this mediation, which typically cannot be filled in less than 72 hours.

Ed Rubinoff has over 50 years of experience representing both plaintiffs and defendants in the full spectrum of personal injury cases, including medical malpractice, product liability, wrongful death, bad faith, first party property and a variety of other insurance related issues.  He has been involved in the resolution of hundreds of cases by mediation on behalf of both plaintiffs and defendants, and more recently, as a mediator.

After graduating from University of Miami Law School, Ed joined the defense form of Preddy, Haddad, and Kutner. In 1992, Ed and Arno Kutner founded the Law Firm now known as Kutner, Rubinoff, & Moss which limits is practice to representing plaintiffs. It was during this time that Ed led the legal team that received the largest claim bill ever approved by the Florida Legislature in the amount of 22 million dollars.  Ed’s experience as a defense attorney was invaluable to the firm’s clients.  His experience as both a defense attorney and plaintiffs attorney is now invaluable in his role as a mediator.

Before attending law school, Ed played the international tennis circuit and achieved the ranking of Number 3 in the world in mixed doubles.  Ed is a member and past president of the University of Miami Sports Hall of Fame and has also been inducted into the Florida Tennis Hall of Fame.

Ed is available to mediate or arbitrate virtually or in any of the South Florida Offices and in the attorney’s offices upon request.

After graduating Law School in 1966 Ed began working for the defense firm of Preddy, Haddad, and Kutner. In 1992, Ed and Arno Founded the firm now known as Kutner, Rubinoff, and Moss, limiting their representation to injured plaintiffs.  With his background in professional leadership, organizational skills, and accounting, Ed became managing partner of each firm.